Home » News » What is a Smartwatch? Definition from Digiswitch

Do you know what a smartwatch is? Are they fitness trackers and no more? Are they something reserved for Star Trek and other sci-fi fares?

Smartwatches are all the rage in our modern times but believe it or not, there have been smartwatches around for decades — back to 1927 when the Plus Four Route Indicator was introduced.

You couldn’t get an email on it as that was a concept about 70 years from becoming a reality. However, the Plus Four Route Indicator had a map loaded into it that you could scroll through to find your way home.

Since then, there has been an evolving search for improved tech that included digital watches and then they added calculators, all the way to what we have today. Wearable tech, from smartwatches to fitness trackers and everything in between dominates the market today, and you’ll be hard-pressed to find a wrist without one on it.

What Is A Smart Watch

When we think of smartwatches today, we’re not talking scrolling maps or being able to cheat on math exams with your wrist calculator.

There is a multitude of options that accentuate and pair with your smartphones, whether that be an iPhone or a Samsung Galaxy Android.

Smart watches are in essence mini computers that you can wear on your wrist. They still do tell time and with lithium-powered, rechargeable batteries these watches’ functionality has grown from simple tasks like calculations and playing games to match the functions of your smartphones.

Touchscreens have replaced the old wind up watch faces and swiping gets into the other features. These features include tracking your workout, playing music, seeing what emails you have, and playing games. There are some standalone smartwatches, while others require pairing with a cell phone.

A Brief History of Smartwatches

Since that Route Indicator Watch in the ’20s, the evolution of watches has been ongoing.

In 1972, the first digital watch was produced by Swedish watchmaker Hamilton Company in collaboration with Electro/Data Inc. It carried a hefty price tag of $11,000 in today’s money but did feature an LED display screen.

Funded by an unbelievable $10.3 million Kickstarter campaign, Pebble created Pebble Time in 2012 which was a watch that used Bluetooth to connect with your Android or iOS.

As Smartphones became more mainstream the race for an accompanying wearable device heated up. Samsung got into the game as did Microsoft, with Microsoft Band in 2014. They weren’t alone as companies such as Samsung Galaxy Watch, Google, Sony, LG, and of course, Apple began developing smartwatches.

A year later, Apple released its first of the Apple Watch series, connecting with iOS and set us on the path we are on now.

How Does a Smartwatch Work?

One of the defining characteristics of smart wearable tech is that they connect to the internet via WiFi, or by syncing with a smartphone. Using Bluetooth, most devices work with your smartphones and allow you to navigate apps and features without having your phone in your hand.

While there is no daily winding required to keep your watch working, these watches have limited battery life. Like your smartphone, your smartwatch comes with a charger, and depending on the model, it needs regular charging.

Most of these watches rely on your phone to access the internet but there are advances being made with cellular watches. These devices house their own connectivity and allow you to go online without your phone.

What Does a Smartwatch Do

Athletes use smartwatches for fitness tracking, calculating calories burned, steps taken, heart rate, sleep tracking, and even how much oxygen is in your blood. Whether you’re a hard core runner or just trying to improve your health, there are watches that help you get there.

There are uses for smart watches in business and anyone on the go. You can get text messages on your smartwatch, check your email, manager your calendars, and access the internet. Having all this available on your wrist improves effieciency.

Are you a music fan? You can store music and access your playlists through most smartphones.

Oh, and they still tell time, but now you can customize your watch face and change it as often as your mood changes.

While standalone watches are becoming popular, they aren’t new.

Tech companies have been working on making them more efficient and user-friendly, starting in 2009 with the Samsung 9110. LG followed with a model, but the tech hasn’t caught on until recently.

We have rounded the best standalone smartwatches in the market today in this list.

Some of the best Standalone watches include Apple Series 2 and 3 with GPS plus Cellular. These phones give you an OS that feels familiar to the iOS but allows you to leave that iPhone behind.

Samsung has come on strong in this field as well, with the Galaxy Watch with LTE and Samsung Gear S3 Frontier. The Samsung watches offer more of a ‘regular’ watch look as opposed to the Apple Series, which resembles a small iPhone that you wear on your wrist.

Standalone watches cost a little more, may require extra fees for connectivity and have a shorter battery life than their tethered counterparts, but in many ways, they are worth it. 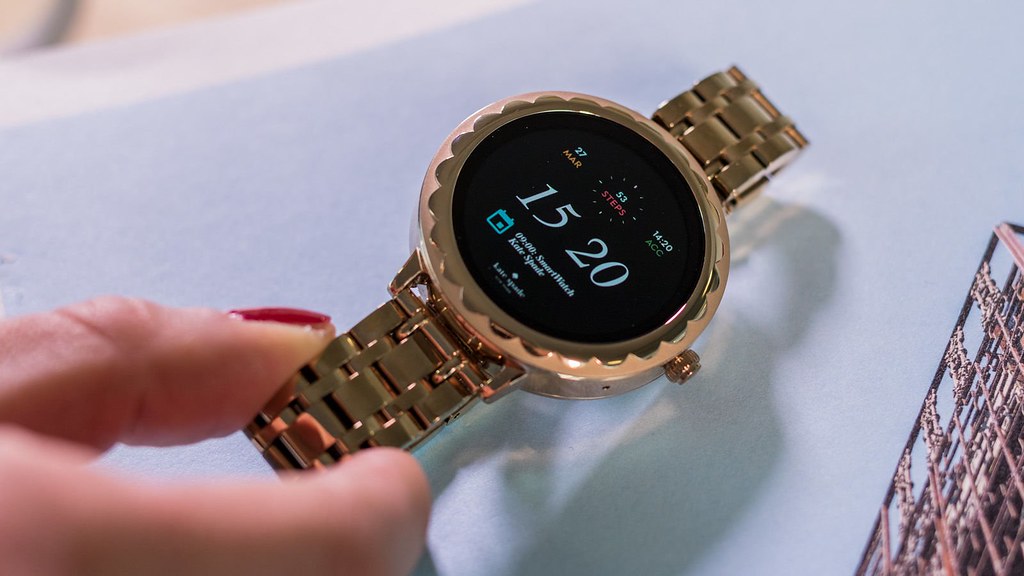 While most smartwatches have sleek, futuristic looks, you can get a classic look in a watch that still offers all the same features as other smartwatches. These are the hybrid smartwatches.

The hybrids give you style while allowing you to access your social media accounts, email, a heart-rate monitor, google calendars, and other apps. They use Bluetooth and connect to your smartphone.

Some of the top models include the Withings Steel HR, the Fossil Q Commuter, and the ultra-stylish Kronaby Apex.

Fitness tracking and smartwatches go hand-in-hand, or, maybe wrist-in-wrist, and you can now wear a watch that offers smart features but designed with the athlete in mind.

Smartwatches feature heart-rate monitors but manufacturers like Garmin and Fitbit have made smartwatches with beefed-up fitness-tracking abilities. These watches allow you to track heart rate, steps, calories burned as well as recording, tracking, and designing workout routines for you.

The Fitbit Versa models combine fitness tracking and allow you to access your email, text messages, play music, all while telling you how great of a burn you’re getting while you exercise.

Runners may like a watch like the Garmin 245 Music, which comes with GPS to track your route, connects with Spotify, and provides advanced metrics on your performance. Grab your headphones and hit the road.

There are many options in the sports smartwatch field, and all available at Amazon.

Many fitness oriented devices allow you to select, or add different workouts but there are some that are designed specifically for your activities. Everything from running, swimming, and hiking, there’s one for you.

Some of these reside within the products of the major manufacturers while others are from smaller companies, but tailored towards one specific activity.

Before you get a smartwatch, make sure that the operating system on your phone is up to date and compatible with the device you’re looking to buy.

Should you get a smartwatch?

Now that you are up to date on what a smartwatch is and what they can do, should you get one?

There are many benefits to having one on your wrist, such as quick access to text, emails, apps as well as having steps and your fitness tracked at all times. While your smartphone can do many of the same things as a watch can, the smartwatch is accessible, less bulky and in some cases, stylish.

Which is the best watch for you depends on how you plan on using it. If you’re an athlete or looking to get in better shape, then one of the sports watches is best for you. If you’re a busy professional than maybe a hybrid or standalone version best suits your needs.

Samsung Gear S3 review: did Samsung let us down?

Andy is a long-time writer covering sports, tech, and the local arts scene in Seattle, Washington. He is an avid hockey fan, weight lifter, and fitness tracker fanatic. His work has appeared on ESPN Seattle, Sportsnet in Canada and most recently NHL.com.

Do you need to worry about radiation from your smartwatch?

The Best Smartwatches for Women to Buy in 2020