The Apple Watch Series 2 was released in 2016 and represented an upgrade to the original Apple Watch. It came with an improved dual-core Apple S2 processor, and it added a water resistance capability of 50 meters. It also came with an added internal GPS along with a much brighter display.

In 2017 the Series 3 was released by Apple, which resulted in the discontinuation of the 2. With the recent release of Apple’s Series 5 watch, the price of the Series 3 has been dropped, making it more affordable.

If you’re looking for your first smartwatch or wearable, both of these models are more affordable options. For Series 2 owners and users, you may wonder if you should upgrade to the 3, now that the prices have reduced. Alternatively, should you keep rocking your Series 2?

Below, we dive into the differences between the Apple Series 2 and 3 to help you decide.

The Biggest Difference between Apple Watch Series 2 and 3

The designs of the two watches are virtually the same. Both come with aluminum cases and in a 38 mm or 42 mm size. Plastic sport bands come standard, but there are options to purchase more fashionable bands that work with both models.

Both devices feature the standard square display that Apple watches are known for and have a rolling digital crown for easy navigation through the watch’s apps and screens.

The glass of the display is Ion-X glass, and the two watches both come with a sapphire crystal back. 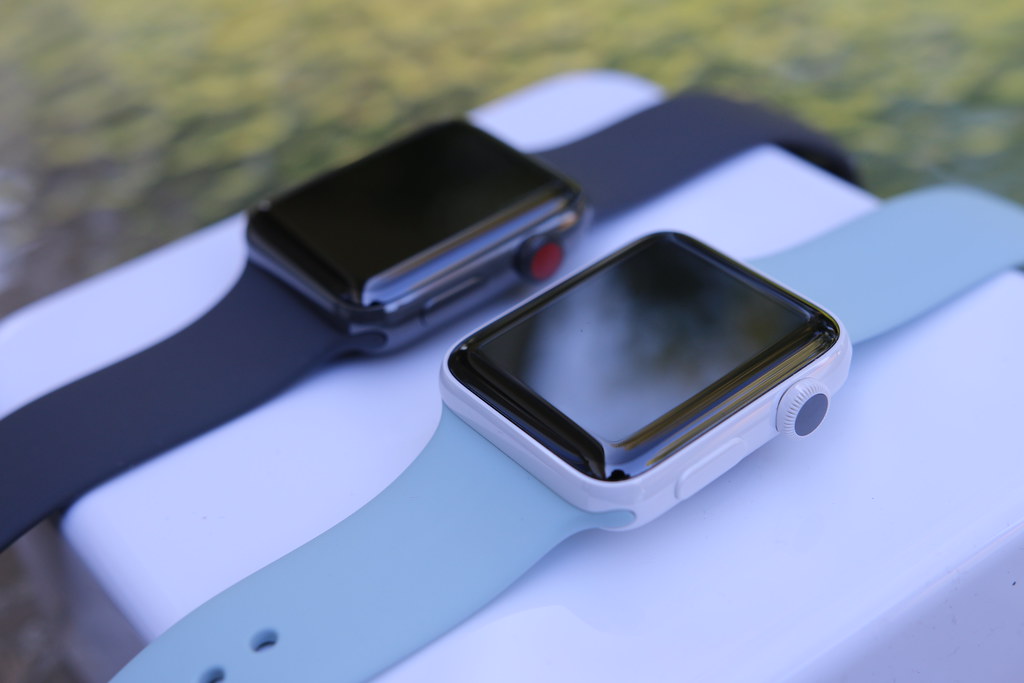 The two watches come in a 38mm or 42mm size and have the same dimensions. The 38mm option includes a 1.5-inch OLED display while the 42mm comes with a 1.65 OLED display.

Both watches illuminate by turning your wrist, pushing the crown, or by touching the display. The OLED is bright and easily viewable in direct sunlight.

If you forget to take the watch off when you hit the shower or enjoy hitting the pool for laps, both watches are water-resistant up to 50 meters.

The Apple Watch app on your iPhone allows you to choose between a variety of watch faces that can change as often as your mood does.

Many of the features on the two watches are the same. While the Series 2 used the watchOS 3 when it was first released while the Series 3 began with watchOS4, but both can use watchOS 5, which is out now.

The most significant difference in the two models is the availability of the GPS plus Celluar Series 3. This option does cost a little more but allows you to access your apps, notifications, and Apple Music account without having to sync with your phone. Your cell provider charges you a fee, $10 a month for almost all providers, for this feature.

Series 3 offers you more storage with its cellular option, claiming 16GB compared to 8GB for the GPS only model. The Series 2 doesn’t offer a cellular option and also has 8GB of memory.

The Series 2 has Apple’s S2 dual-core chip in it, which was an improvement from the original Apple watch. Series 3 features a further upgrade with an S3 processor which is faster. The Series 3 also has a dedicated chip, W2, for wireless connection and improves your ability to get on WiFi.

Series 3 gives you always-on connectivity since it has an LTE antenna built into its screen. With it, you’re able to receive notifications — texts, calls — without having to hook up to a WiFi or with your iPhone’s Bluetooth. 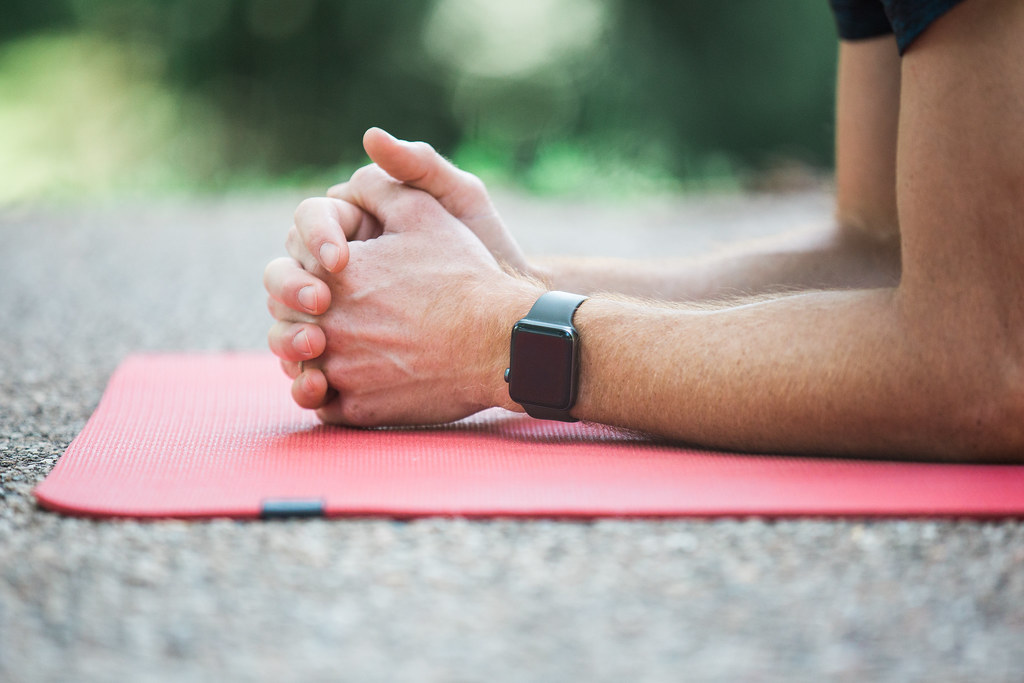 Again, these watches are similar when it comes to their fitness tracking capabilities. An optical heart-monitor comes with both devices. Both come with an accelerometer built-in, as well as gyroscopes.

If you’re a hiker, biker, runner the Series 3 comes with a barometric altimeter that tracks elevation gain. This feature adds to your fitness tracking as you now can brag about how high you ran or hiked, or how many flights of stairs that you took.

One thing missing from both Apple watches is a lack of sleep tracking. Other fitness trackers offer this, but the closest you’ll get with these watches is a resting heartbeat tracking. Both only offer up to 18-hours of battery life, so charging at night is probably your best option.

The rest of the fitness features are similar, which includes the HIIT support and Apple GymKit that syncs your watch with connected ellipticals, treadmills, and other equipment. The Nike options of both series have the Nike Run Club app, which tracks data with the runner in mind.

A magnetic charging dock gets both watches to full power. You’ll need to use it as one of the chief complaints about both versions is the battery life only lasts up to 18 hours. So, you’ll need to find time to charge it at least once a day.

Plan for recharging your watch as there’s nothing more frustrating than arriving at the gym or trail and getting the notification that you only have a 10% battery life remaining. 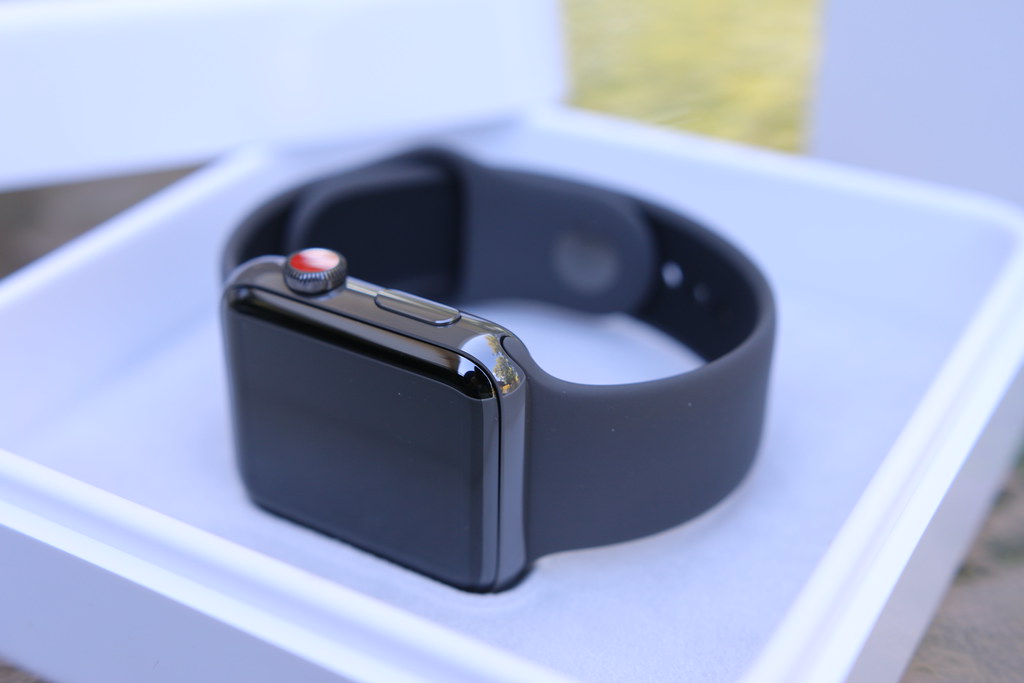 Apple has discontinued the Series 2 so you’re limited to purchasing it online at outlets such as Amazon and costs you $179.55.

Series 3 is still available from Apple directly as well as Amazon. The GPS only version is $199 while the GPS Plus Celluar runs $100 more at $299.

Both watches are an excellent value for the money. If you’ve fallen in love with smartphones and want to jump into the smartwatch world, either watch gets you what you need.

The differences in the two devices are minimal, so if you want to save money, Series 2 is well worth it. Series 3 is a little faster, has the altimeter

Both the devices are serviceable Apple Watches but they are not the most current offering. The Apple Watch Series 5 is out with upgraded features. It also is an upgrade in price and is available at $399.

For those interested in a more dedicated fitness tracker but with smartwatch features, try the Fitbit Versa, available for $199. The Versa allows you to receive notifications of texts, phone calls, and syncs with apps on your smartphone in a similar fashion to the Apple Watch. But, the Fitbit fitness tracking and app is designed more for the exercise enthusiast in mind.

Both the options are quality smartwatches that give you smartphone features on your wrist. While neither is the latest watch that Apple offers, both are relevant and current enough that you may not notice a difference.

If you have the Series 2 now and are considering an upgrade, you are only going to get a couple of improvements, most notably an altimeter, faster processor, and an option for a cellular version.

What is Wearable Technology? All You Need to Know About the Technological Revolution

Suunto vs. Garmin: Choosing Between the Best GPS Watches

Andy is a long-time writer covering sports, tech, and the local arts scene in Seattle, Washington. He is an avid hockey fan, weight lifter, and fitness tracker fanatic. His work has appeared on ESPN Seattle, Sportsnet in Canada and most recently NHL.com.

Best Budget Smartwatches You Can Buy in 2019 – Samsung, Fitbit, Garmin and more

Most Durable Waterproof Smartwatches to Buy in 2019